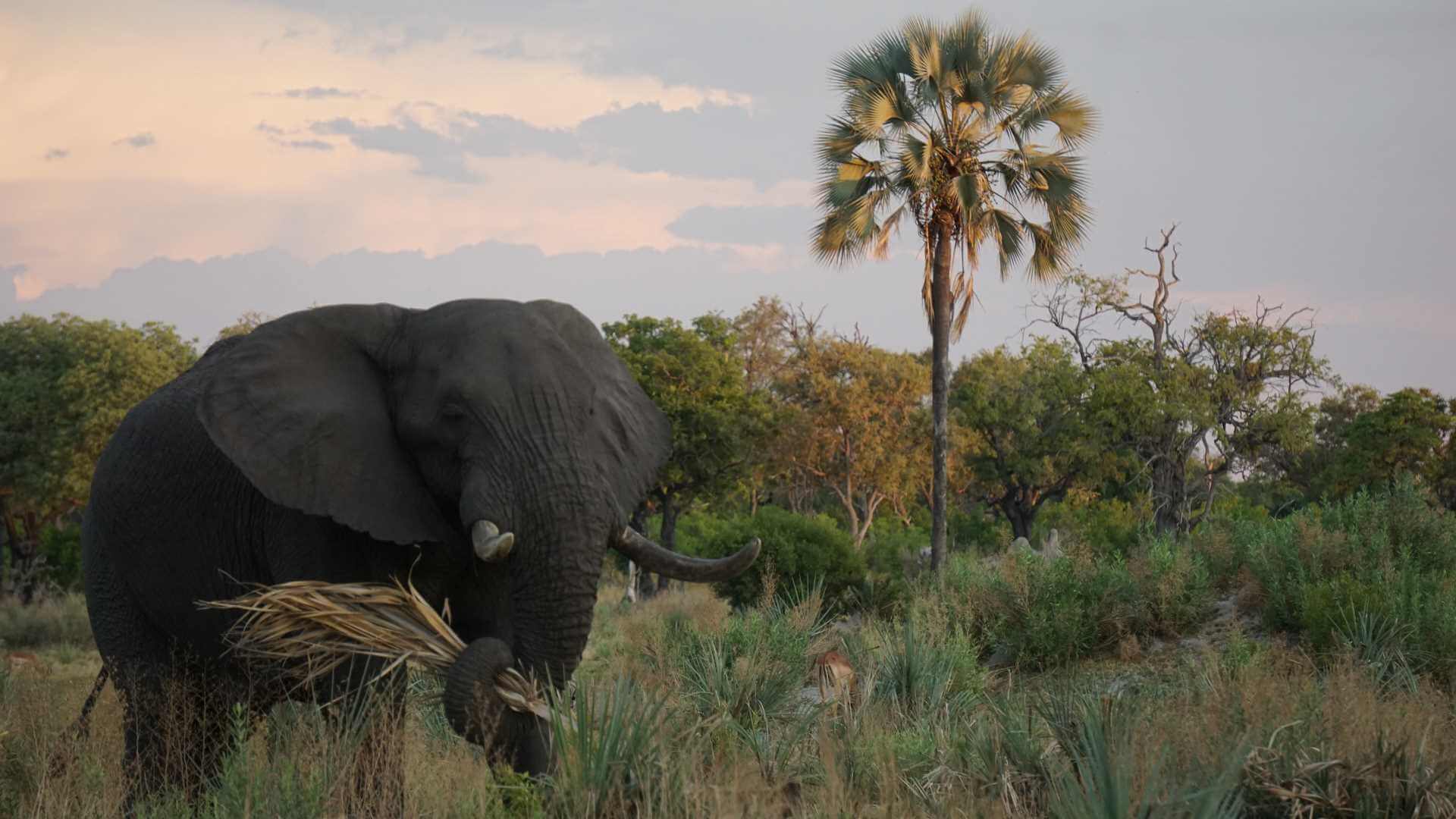 Jeep Safari Botswana: A Camping Safari on the Flamingo Route

Safari - along the Flamingo Route 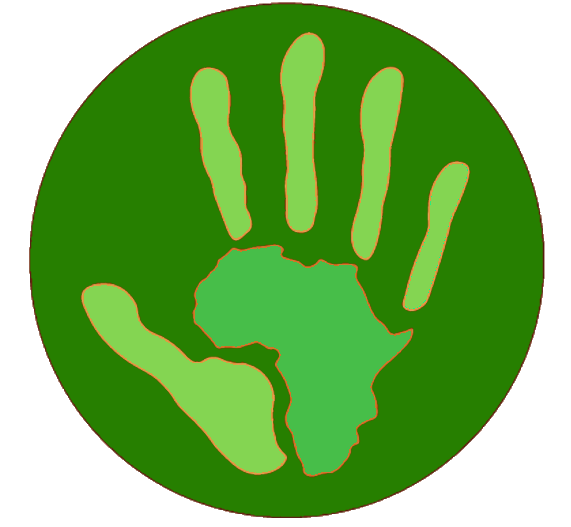 With your own car, a safari becomes even more intense. Especially when staying overnight in the middle of the bush!
Complete freedom through safaris in your own off-road vehicle
Also on your own safari you will have many experiences with wild animals.
The animal world here is very versatile. Again and again you also meet the big hunters
There is an incredible variety of birds in Botswana.

Experience a safari adventure in different regions of Botswana. From the water-rich Okavango Delta to the endless wild plains of the Chobes to the dry desert of the Kalahari, you can see all this on this trip.

There is certainly no safari experience more intense than driving your own off-road jeep through the vastness of Botswana. At your own pace, wherever you want. See what interests you and stay where it is most exciting for you. To do this, set up a camp in the midst of nature, light a fire, prepare dinner there yourself and sleep under millions of stars...

You can experience all this on our self-drive tours in Botswana. You can choose your route completely by yourself, or you can choose one of our pre-booked tours, just the way you like it. Adventure and unforgettable experiences are guaranteed!

And if you are a little unsure, we also have trainings on offer for you to prepare yourself even better and enjoy your safari without restrictions. 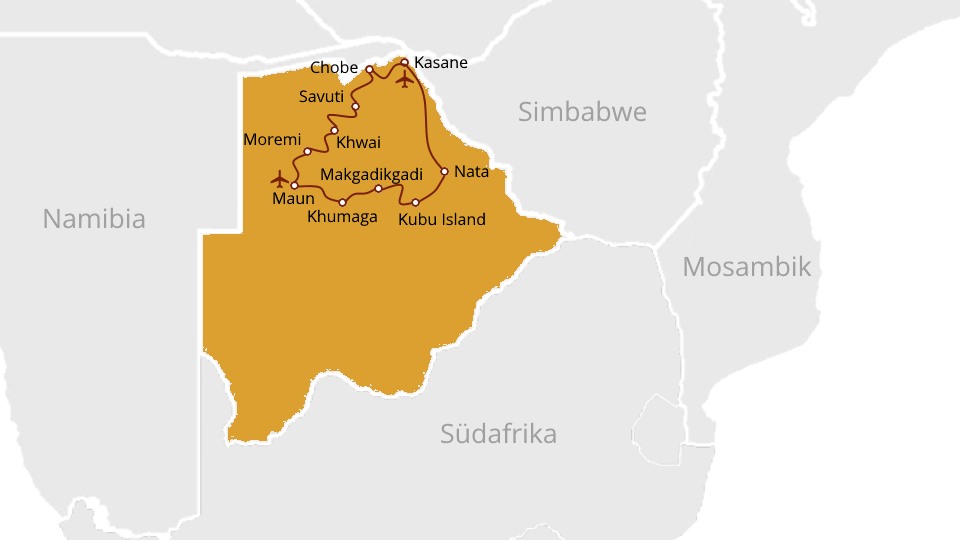 Day 1:
Maun
‍After your arrival you will be met by our representative and taken to the rental station. Here you will receive a detailed briefing on your vehicle, the equipment and the route you will take in the coming days. Afterwards you will have the opportunity to buy your provisions for the coming days in one of the local supermarkets. You will spend your first night at the camping site in Maun.

You will spend two days in the Moreni Game Reserve. Located in the east of the Okavango Delta, this park is one of the most beautiful reserves in Africa. It encompasses more than 4,871 square kilometres of pristine wilderness, and the varied terrain includes savannah, winding waterways and dense forest.

This diverse ecosystem supports an incredibly wide range of wildlife, from large herds of buffalo, gnu and zebra, to the rare sitatunga and lechwe antelope, lion, cheetah and pack of wild dogs on the open meadows. The birdlife is fertile and includes most of the 550 bird species on Botswana's national bird list.

Day 4 & 5:
Camping in the Khwai area of the Moreni Game Reserve
‍Dismantling of the camp and onward journey in the direction of Khwai River.

The Khwai area of the Okavango lies along the northern border of the Moremi Game Reserve. This is an unfenced border that allows animals to move freely between the forests, where water is abundant during the rainy season, and the permanent rivers and lagoons of the delta.

Savuti, also known as Savute, is located in the heart of the beautiful Chobe National Park. This dynamic wilderness is a vast savannah interrupted by several rocky promontories that guard the mostly dry valley, once its lifeline, like a relic from ancient times. The Savuti area goes through wet and dry cycles, and where wild dogs now hunt in the dry course of the river, crocodiles used to swim twenty years ago. Visitors to this spectacular area can discover many animal species including: a variety of birds, elephants, antelopes, lions, jackals and foxes, zessebes, kudus, hyenas, cheetahs, cape buffalo herds and thousands of migratory zebras and wildebeests.

Day 8 & 9:
Ihaha Area (Chobe National Park)
‍The Chobe River forms the northern boundary of the Chobe National Park, known for its diverse and abundant wildlife viewing opportunities. This section of the park is best known for its dense concentration of elephant and hippopotamus populations, but the water attracts all kinds of animals, including large herds of buffalo. A visit to this area guarantees a close encounter with a range of African wildlife.

Day 10:
Kasane - Nata
‍After the morning game drive you drive to the town of Kasane. Here you can refresh your supplies, take food and drinks on board and refuel your car for the next few days. Afterwards it goes on a somewhat longer stage on asphaltierter up to Nata, where you should arrive after approx. 3-4 hours. We camp tonight at the Nata Lodge.

Day 11:
Kubu Island
‍Early in the morning we leave for Kubu Island. In contrast to its name, Kubu is no longer an island today, but an approximately one kilometre long elevation in the middle of Sua Pan, which has an already mystical charisma. Often jackals, hyenas, antelopes and sometimes elephants can be found here.

Day 12 & 13:
Makgadikgadi Pans (Nxai Pan, Baines Baobabs & Njuca Hills)
‍The Makgadikgadi salt pans are pure salt pans surrounded by grass savannah. During the rainy season from December to March, many animals from the Okavango Delta and Chobe National Park migrate to this area. Mostly grass eaters can be found now, followed by their hunters like lions, leopard cheetahs and many more. If the salt pans are flooded after heavy rainfall, they become breeding grounds for thousands of flamingos. You spend two nights here and explore this exciting area.

Day 14:
Khumaga
‍After breakfast you will leave for the west of the Makgadikgadi National Park. At the Boteti River lies your last place to stay overnight, the Khumaga Camp. Elephants, zebras and hippopotamuses often stay here. The landscape is a typical dry savannah, but there are also unique palm forests along the river.

Day 15:
Maun
‍After the camp has been broken off, you will return to your starting point in about 2-3 hours, to Maun, where the circle closes and for you this means the end of this journey. Here you hand back your rented vehicle and depending on the booked program, you will either be transferred to the airport or start your next tour.

Prices per person for 14 nights:

The exact travel price is calculated by the actually used campsites and may therefore vary. Likewise, there may be surcharges or discounts for seasonal overlaps. We will give you the exact price with the final offer.

Arrival is possible daily. We are also happy to vary the itinerary according to your wishes. If you need an overnight stay in a hotel at the beginning or end, we will be happy to book it for you.

It is possible to do a special driver training on the morning of the second day to prepare you for the special conditions in Botswana. This includes riding in soft sand, slippery clay and mud and through watercourses. You will also learn how to get out if you get stuck. The training has to be booked in advance and currently costs € 120,00.

All information including the exact route, accommodation and highlights can be found here:
Detailed Itinerary *

* Detailed Itinerary
Please note that our detailed itineraries are generated by our IT partner Wetu B.V.. Wetu is the leading provider for the digitization of travel itineraries and is based in Cape Town, South Africa. We have entered into a contract with Wetu for the use of their services and have regulated the protection of your data. However, on Wetu websites the privacy policy of Wetu B.V. applies and you can find them here: https://wetu.com/Our/PrivacyPolicy

The journey described here is intended to serve as your inspiration. We will discuss the exact itinerary and the actual accommodation and length of stay with you in detail and arrange your trip as individually as you wish. You can find more information under 'Book Ajimba'.

This offer is not suitable for people with reduced mobility. But also here applies: Please contact us. We can also adapt your trip to suit your individual needs, taking any mobility restrictions into account.

We strongly advise you to complete a foreign health insurance, which also covers repatriation to your home country. We offer appropriate insurance through our partner TravelSecure.de.

Thank you! Your submission has been received!
Oops! Something went wrong while submitting the form.